This series of exercises serves as a mechanism for surfacing interests of the team within the context of planned work.

This exercise has two aims:

Alignment of effort and investing in personal development

In this exercise, you may get people expressing interest in things which are out of the scope of the project and you may need to burst some bubbles. Remember, any energy invested in personal development should align with the direction of the strategy!

Example: If a team member asks for support to become an astronaut, and space flight is not one of your headlines - you got a problem.

We're a small and fluid team at School of Data. As is often the way in NGO-land, there is an expectation that everyone, from the most senior to the most junior person, rolls up their sleeves and mucks in with things that are too small to merit hiring a whole new staff member. There are obviously role descriptions and clear task owners, but people also have to be prepared to pick up some things that emerge in the course of the project. </p>

Many organisations will clearly be different to this and have more rigid role descriptions. School of Data operates in such a dynamic environment that its team needs to be responsive. This system works well for us as people more than pull their weight.

Up until the retreat, the notion of 'mucking in' was implicit. People were so great at mucking in that sometimes, they had far too much to do. With this exercise I wanted a way to make prioritisations explicit within the muckin pool; i.e ensure that there was a finite amount of stuff which should be prioritised as general tasks for people to contribute to.

This activity is led with an individual team member (let’s call her ‘Flick’), the team lead and a HR representative if possible. You’ll need a nice private room with a big wall to stick things on. Depending on amount of discussion time needed - you should allow between 40-60 minutes per person. 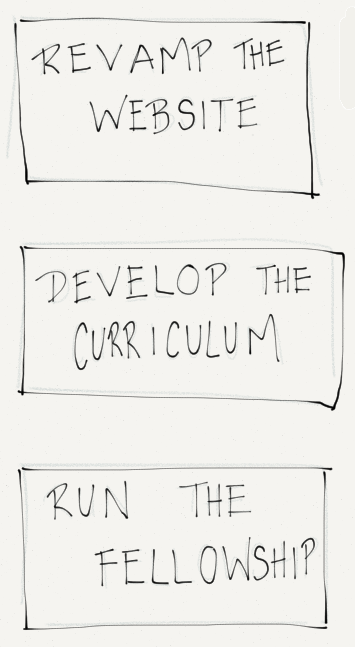 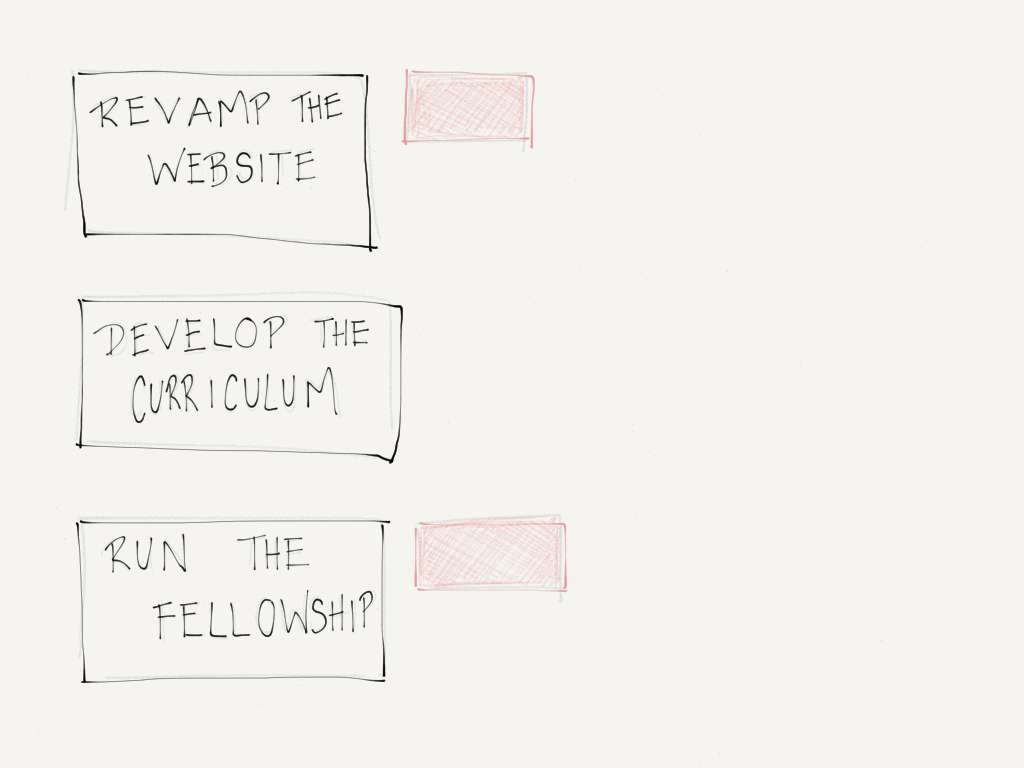 Wrapping the activity and producing the visualisation.

The next step requires some discretion on your behalf. For our team, this was a pretty uncontentious exercise. No-one wanted the same roles as one another. There were very clear patterns and trends which made for interesting conversations. I was happy that the headlines proposed could be handled mainly with existing staff and a bit of upskilling, because we were working along similar lines to before.

I understand that this might not always be the case. And, in the case that it is not - use your judgement for how to present the visualisation back to people. Individually, or as a group.

I’ve done a sample of part of the visualisation - so that you can see what type of patterns emerged when we tried (not real data!) 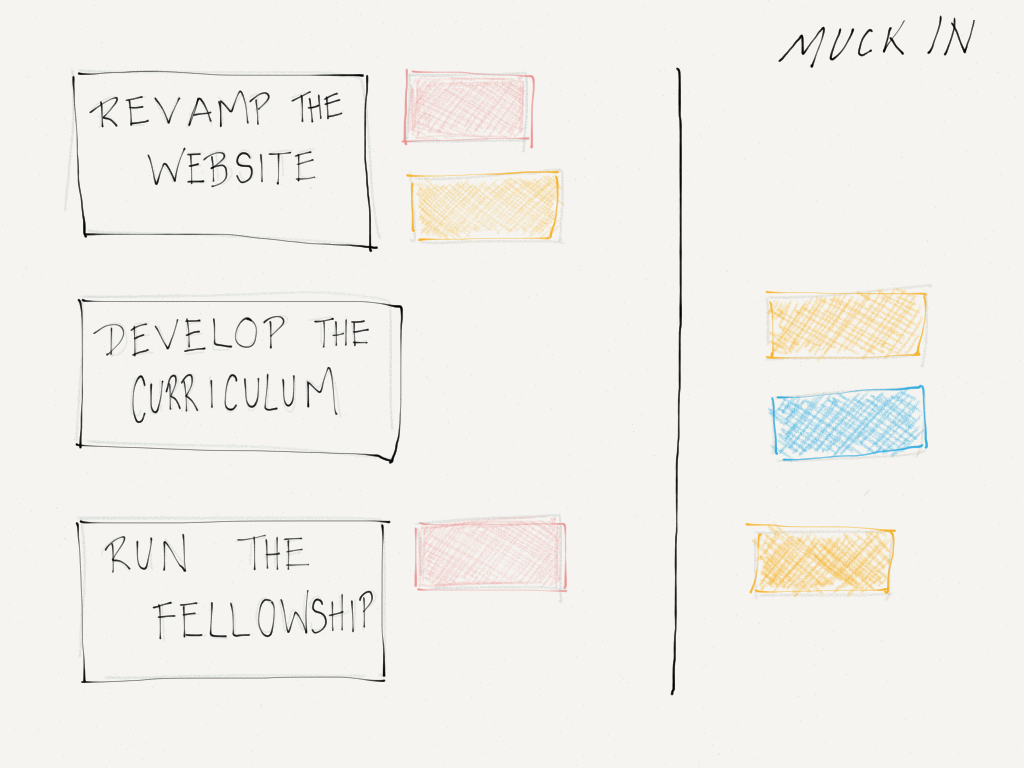 As you can see:

From the interest (not skills) in the team, as a manager I can deduce the following:

Show the visualisation to the team.