A wise man once said:

“There are only two reasons to start a project; to remove someone’s headache or to give someone a headache .” Tony Bowden [paraphrase]* 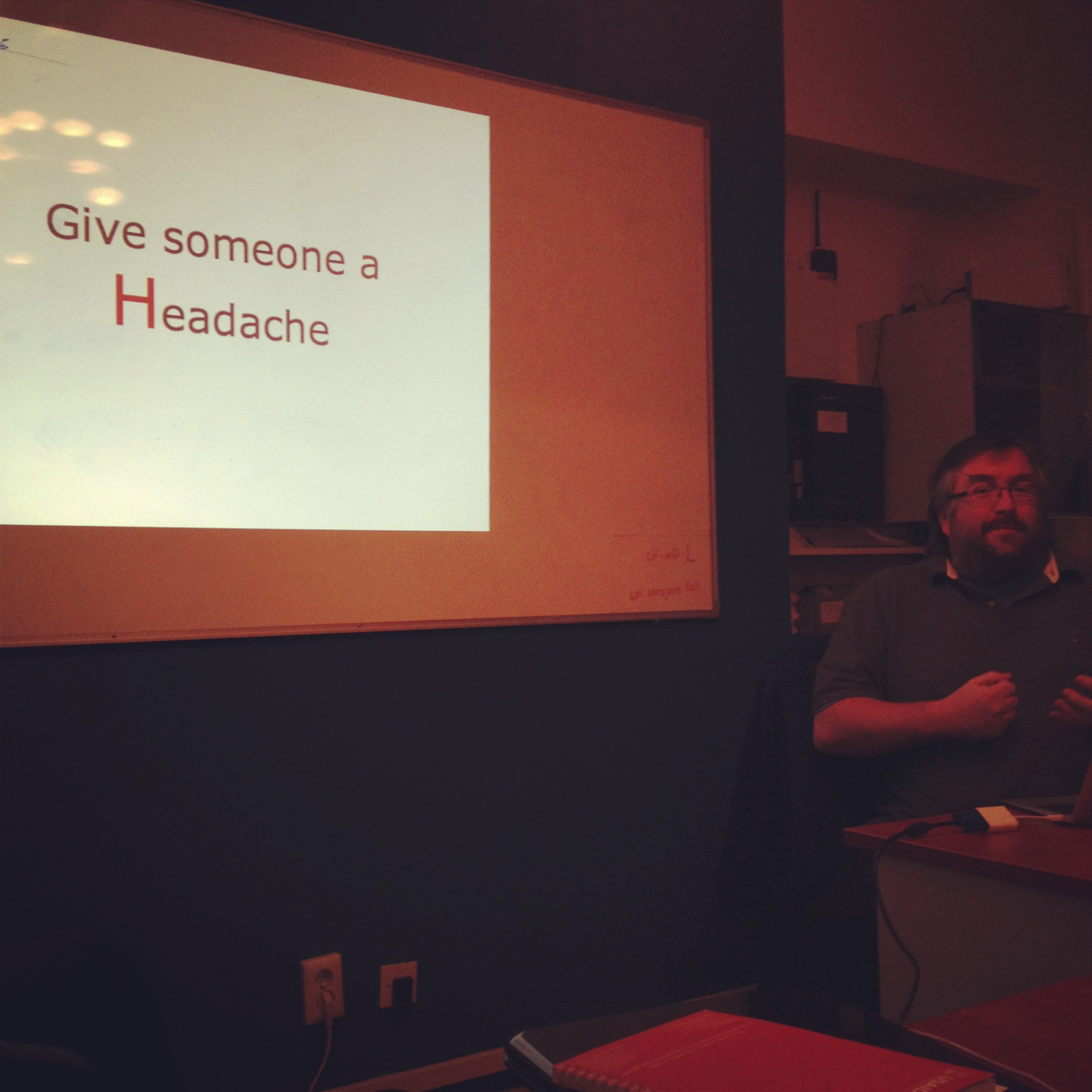 Tony at the workshop where I originally heard this from him. Sarajevo, Bosnia and Herzegovina.

* If this little snippet leaves you longing for more, I highly recommend checking out Civic Patterns, a collection of simple little recipes for designing civic projects based on the collective experience of many of the greatest minds in the business, including Tony.

I have had the privilege to work in a few different sectors in the non-profit sector, ranging from transparency and accountability, through civic tech to public health. I have never managed to find a successful project that broke this pattern.

As anyone who has read this blog for a while will know: I have a problem fetish and spend a lot of time philosophising about the nature of problems.

This is why I love the idea of formulating problems as headaches. It forces people to think about humans - specific ones - rather than “all citizens” or “politicians”. I’m thinking more…

Just a little thing I think about sometimes. Let me know if you have other techniques for forcing people to think about real humans rather than abstract entities!